Today I will be writing about Cardinal de Richelieu for history.

Cardinal de Richelieu was one of the most powerful and influential men in the 17th century. He was a very smart boy and was sent off to college at age 9 to study philosophy.

In 1606 he became a bishop. This was unusual due to the fact that he was very young, in fact he was too young to become a bishop so he had to travel to Rome to get special permission from the pope.

He was called a reformer because he immediately began instituting the reformers of the Council of Trent throughout France. He was actually given an important position. After demonstrating his skill in politics he was appointed chief minister of Louis XIII in 1642.

Richelieu had 2 goals while he was in power: He wanted to centralize power in France, he also wanted to bring down the Hapsburg Dynasty in Spain and Austria.

With him in power, he did some things to make people dislike him. Some things he did to cause this were: He centralized power in France by taking away the positions of all princes, dukes, and nobles. He also ordered the castles of nobility to be destroyed.

That was some information on Cardinal de Richelieu, Thanks for reading! 🙂 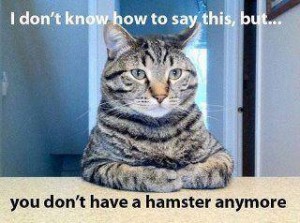